The Ark is a massive fortress located in the city of Bukhara, Uzbekistan that was initially built and occupied around the 5th century AD. In addition to being a military structure, the Ark encompassed what was  essentially a town that, during much of the fortress' history, was inhabited by the various royal courts that held sway over the region surrounding Bukhara. The Ark was used as a fortress until it fell to Russia in 1920. Currently, the ruins of the Ark are a tourist attraction and house museums covering its history. 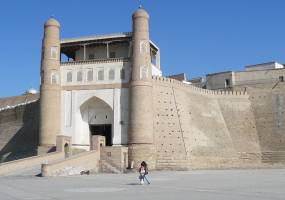 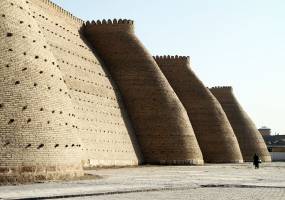